This isn’t about food. I haven’t been writing much lately because I’ve been in battle-mode, more than usual. I haven’t been eating much, either. Not much of an appetite lately.

Last week, I testified in Harris County Criminal Court in my hometown of Houston against the man who abused my mother from the time they married when I was 3-1/2 years old in 1977, until he killed her in 2013. She had just turned 63.

Having to share the worst, nastiest, most embarrassing details of a life you’ve worked hard to rise above, with a courtroom of strangers who you were hoping and praying would believe you even though your tormentor’s defense did their best to trip you up, was the hardest thing I’ve ever had to do.

Well, maybe second hardest – I think the first hardest might’ve been calling the family to tell them when Mom had been murdered.

Actually, the hardest was telling my daughter her Mimi was dead, and that the nasty old man that she hated to be around, did it.

Yesterday was my 46th birthday. His birthday was the day before, and he turned 68.

This monster tormented our family, friends and anyone who crossed his path for as long as I can remember – and I have a very good memory. I hated him the moment I met him.

He shot my mom six times, six days before Christmas, her body falling in front of the Christmas tree in the family room. Any one shot would have been a kill shot, but he continued to shoot her from various angles. Mom loved Christmas so much.

He first tried to say he was insane – a full psychological evaluation found him sane and competent.

He then tried to say that he was sleepwalking. The thing is, it was 11:30 a.m. when he killed her, and he’d just been out shopping, stopped by the liquor store for his daily pint of whiskey and came home.

He claims he didn’t remember anything from the time he was at Northern Tools until he woke up in the patrol car. Sleepwalking, yeah… that’s it.

The taxpayers of Harris County were forced to pay for not one but two sleep studies for a man who murdered his wife of almost 37 years, who was caught and was trying to manipulate his way out of it. Did I mention he refused the gunpowder residue tests when they initially took him to the police station?

The only saving grace was that he was locked up in County Jail the entire time. That’s only because we immediately filed and won a wrongful death suit against him – to keep him from making bail and getting out and coming after us. His bond was $1M.

He’d told a family member that if he ever found out he was terminal, he’d shoot every person who’d ever done him wrong. I’d say killing your wife is as close as it gets to being terminal, without a major health issue. He hated all of us, so that’s justification.

We’ve spent the last six years waiting for a jury trial that he demanded because he said he was innocent, and that a jury would find him innocent, and set him free. He actually told people that… as if we’ve forgotten a lifetime of abuse, hatred and tens of thousand of threats from him AND THAT HE MURDERED OUR MOTHER AND CONFESSED.

He was an alcoholic and abused pills of any sort – legal and illegal. He smuggled Mexican Quaaludes (called “Mandrax”) into the US back “in the day” by the hundreds of thousands and bragged about how he bought this and that with drug money. Nice, huh?

He shopped doctors to fill his meds (I have records to prove it), and they did – no questions asked. His psychiatrist called my Mom two months before he killed her, urging her to leave because he was going to hurt her. That doctor died shortly after the murder, so that information wasn’t admissible in court.

But the homicide detective took pictures of 17 prescription bottles that included Xanax, Hydrocodone, Oxycontin, Ambien, Seroquel and more, all of which said not to mix with alcohol, all of which were mixed with alcohol. He claimed he started buying pints of whiskey because his doctor told him to “limit his alcohol” and a pint was a limit. Don’t forget that he’s also a raging alcoholic and has been forever.

One of my cousins said that she honestly couldn’t think of a single time she saw him sober. I’ve never seen him sober, either.

When I was 17, I witnessed him pinning my Mom down in bed with a gun to her head, but I didn’t call 911. We weren’t allowed to call 911. What would his retaliation be on us when we’d grown up with his abuse, living in fear and walking on eggshells forever? We lived in HIS house.

He left his handprints, in bruise form, on my throat when I was a senior in high school. But I only told my boyfriend at the time, not the police. And after a few days away, I went back home to walk on eggshells again. It was never mentioned again until a few years before he killed Mom.

She left him again, sometime in 2012, and he changed their cell phone numbers so that if anyone that called her, he’d get the call. I called her, he answered, I hung up immediately. He called back and left a voicemail, mocking me for him hitting me and leaving bruises, praising himself for “putting braces on” my “goddamn teeth” and finished by calling me a bitch. And to set the record straight, my birth father’s dental insurance paid for the braces.

“I’m gonna blow your fucking head off,” “I’m gonna bust a cap in your ass!” and “I’m gonna fucking shoot you,” were phrases I remember hearing from early childhood through when he finally made good on his threats, with my precious, amazing mother – his caretaker. Mom left him so many times, and always went back.

It was the logical conclusion to a lifetime of threats and domestic abuse, because yes, he hit her, too. But only in places where bruises couldn’t be seen. Like her head.

We’ve spent the last six years in fear and anxiety because what if the jury believed that he was actually a decent person, who just happened to fall asleep and killed her in his sleep? What if he got out and having nothing to lose, came to finish fulfilling his promises and killed us, too?

The defense attorneys appointed (actually, PAID) a psychiatrist who was taking every word the murderer said as fact. He told the court and jury that all three of us were liars. That we all loved him until he killed her while sleepwalking, and when we decided we could benefit financially from turning on him, we concocted a story of an abusive home life.

He said we were liars and gold-diggers and that our parents were happily married and very much in love. That’s so much bullshit, I can’t even start on it.

They had separate bedrooms at opposite ends of the house. He constantly threatened to kill her and her kids. Pretty loving, huh?

There’s nothing like making the victims the bad guy, right?

Still, he was counting on the jury letting him out. Would a jury believe that…

… he was asleep while shopping at Northern Tools … ???

… called the house from his cell phone at while asleep … ???

… followed Mom around the house, shooting her six times while asleep … ???

… called my brother to hurry over while asleep … ???

… exited the house with all the officers having their guns drawn on him while he was asleep … ???

… … … … and woke up in the back of the patrol car where he confessed over and over and over, for 45 minutes filled with his normal filthy language?

Surely no one in their right minds would believe that, right?

Thankfully, the jury on our case saw through it. Thank you, jurors. Thank you.

Justice is served for my mother. I’d give anything to have her back. Having justice doesn’t fill that Mom-shaped hole in our lives that has been gaping and raw since 11:40 a.m. on Wednesday, Dec. 18, 2013.

She had a bag packed and in her car. She left a puddle of discarded clothing on the floor as if she was changing in a hurry to leave before he got back home. She didn’t normally leave clothes on the floor. But, we’ll never know what was going on that day.

Below is the link to our story as aired on Inside Edition yesterday. The other link is one of the news stories with just a portion of my brother’s brave victim’s impact statement. I’m so proud of my baby brother and baby sister.

There’s much, much more to our story, though. We’ve got three stories to tell, (four if my daughter wants to tell hers) as there are three of us kids.

But for now, we need to try to heal. And breathe. And know that we are finally safe. 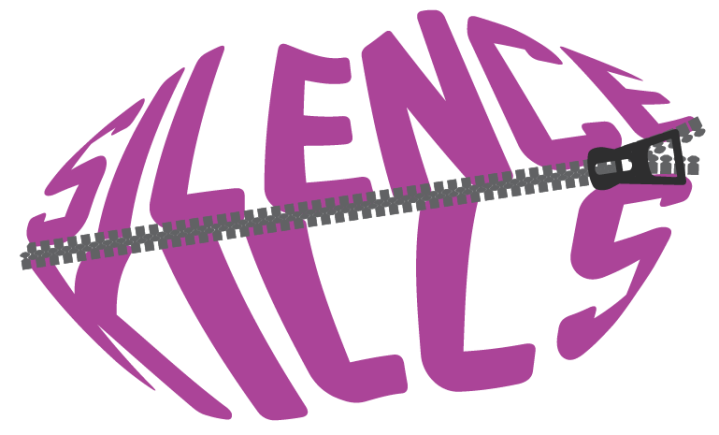