This past Sunday, I thawed out the final package of delicious Fort Davis peaches from last year. I started out with five pounds of cleaned, cut and vacuum-sealed fruit that stayed tasty and frozen throughout fall, winter and into spring. And now, they’re all gone. 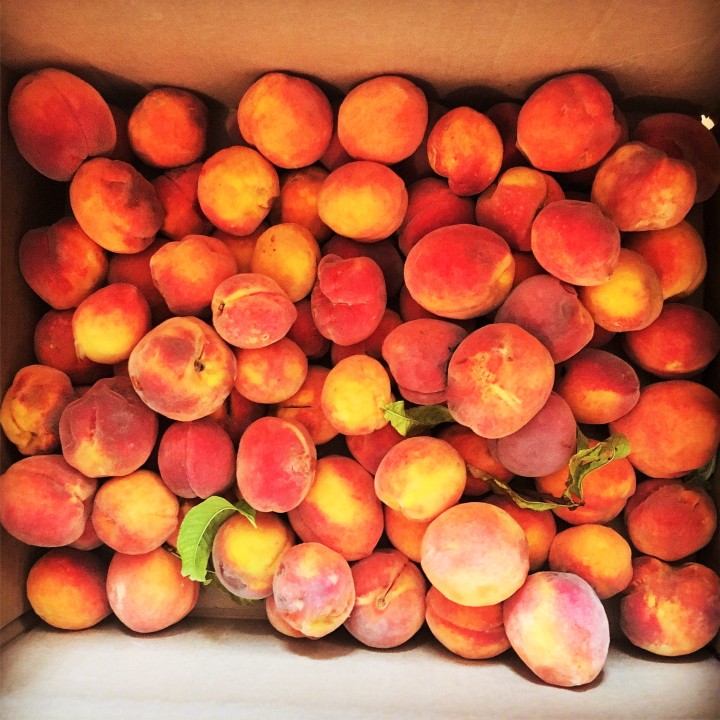 I’ve gotten into the habit of making cobblers when the hankering for something not-too-sweet but still deliciously comforting strikes, and have been experimenting with different recipes for a while. Did you know there are cobblers besides peach? Of course, I’m kidding.

I made berry cobblers when I had fresh blueberries and strawberries, and pear cobbler when I had an abundance of Fort Davis pears. Peach is still my personal favorite. They’ve all been baked in a cast iron skillet, but vary in amounts of flour, sugar, milk or no milk, butter, etc.

While my standard cast iron cobbler recipe was just fine the way it was, I felt compelled to try to make it better. I can never leave well enough alone.

Once upon a time, I won a friendly competition where first prize was bragging rights for the best peach cobbler. At the time, I had a favorite recipe, foolproof that made me look like I really knew what I was doing back when I didn’t, and I won.

I’d clipped the recipe from the newspaper, as it had been my favorite long before it was printed. The Limestone Grille in Boerne always had my favorite peach cobbler, and the day they shared their recipe was the day my baking skills began to increase.

Nowadays, I don’t want an enormous pan of cobbler with a pound of butter anywhere near us because we will eat it all. With just the two of us, smaller pans and skillet cobblers are just the right size.

The most recent cobbler experiment was by far the simplest, and produced an amazing skilletful of peachy, cobblery goodness. This one is up at the top of my favorites list now.

Topped with a dollop of homemade whipped cream, I won at the Sunday dessert contest in our home this week… never mind that I was the only entry.

You don’t need a cast iron skillet for this recipe because it can be made in a baking dish or pan, just be sure you cook the fruit before putting it in your dish. Read on, and you’ll know what I mean.

I keep a pint of heavy whipping cream in the fridge for these situations. For my quick whipped cream, I pour it in the blender, add a healthy splash of maple syrup, a splash of vanilla, and let it rip until the cream is the whipped consistency I want. I used to do it by hand with a whisk and a cold copper bowl until I got wise with the small batches. If you let the cream blend too long, it will turn to butter, which isn’t a terrible thing in itself, but keep an eye on it because it happens in a blink.

Cobbler topping:
1-1/2 cups all-purpose flour (or use a GF flour blend)
1/2 cup sugar
1/4 teaspoon salt
1-½ sticks butter (12 tablespoons, or ¾ cup) melted, and then cooled slightly (or you can use coconut oil)

Place the fruit only, in a greased 10-inch cast iron skillet, and heat over the stove over medium heat, until just bubbling and hot in the center, about 7-9 minutes.

To make the topping, combine flour, sugar and salt in a mixing bowl. Mix the melted butter into the flour and sugar and combine to form a crumbly dough. With your hands, make handfuls of dough into palm-sized disks 1/2-inch thick.

Add the dough disks to the top of the fruit in the skillet, overlapping a little bit if you like, sprinkle crumbles of the remaining dough, into all the nooks and crannies. Place in the hot oven and bake until bubbly, golden and crispy, about 45 minutes. Be sure and check it between 20-30 minutes… if it’s too dark, cover it with foil so the bottom continues to cook without burning the top.

Cool 15 minutes before serving with homemade whipped cream on top, or on its own.

2 thoughts on “Sifting through cobbler recipes, one skillet at a time”