((Note: my apologies for getting this out after the fact… I was too busy to do it before!))

It’s always strange when July 4th falls on a weekday, especially on a Wednesday. In Fort Davis, we are celebrating our country’s independence with a pre-July 4th weekend-long party called the Coolest 4th of July.

With streets closed around the courthouse and filled with folks selling all sorts of unique wares and food, it’s a terrific festival every year. I’m hoping that it lives up to its name and brings us a reprieve from the heat wave we’ve been in for a while. In addition to the parade and street festival, there will be nightly concerts, a pie contest, a Peruvian Paso Horse Show, The Cowboy Hypnotist Live on stage, fireworks and so much more.

During my first Coolest 4th experience, I volunteered at the Chamber of Commerce booth selling cold drinks, t-shirts and other Fort Davis goodies to revelers.

In the last few years, I’ve participated by being in the parade and throwing candy, and selling bottled waters as a fundraiser for a local charitable group. 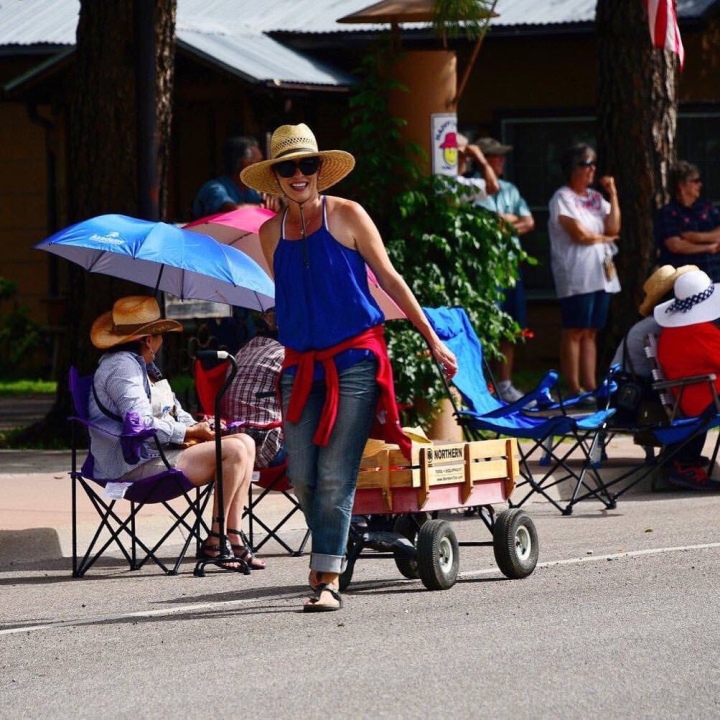 I love being part of the action from inside a booth, behind the table. I don’t think there’s any better way to meet folks in town. 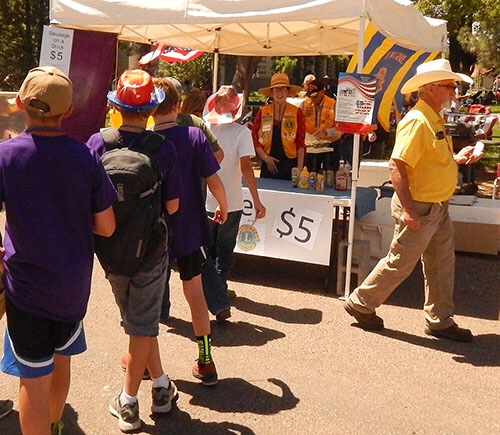 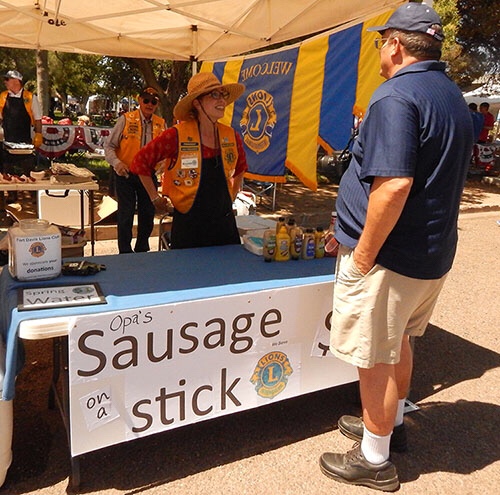 This year, the Fort Davis Lions Club will be selling Sausage on a Stick straight from Opa’s Smokehouse in Fredericksburg, TX. When I started thinking about my favorite festival food, two things came to mind: funnel cakes, and sausage on a stick. 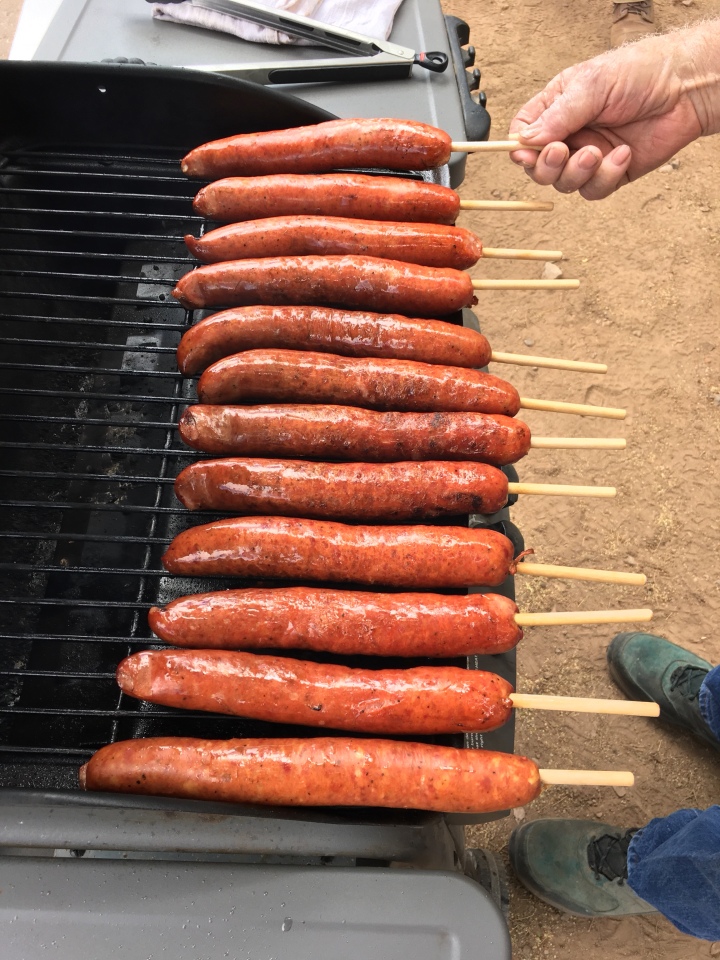 Opa’s is an institution in the Hill Country, serving smoked meats from traditional German recipes since 1947. The family still produces these meats using only select cuts of beef and pork, selling over 2.5 million pounds a year. I know it’s long-been my favorite smoked sausage.

Festival food needs to be easily carried and eaten, and what meat-eaters don’t love meat on a stick? Funnel cakes would be very dangerous for me to spend too much time around… I’d probably gain 10 pounds over the course of the festival weekend. I hope our booth isn’t near the funnel cake booth. 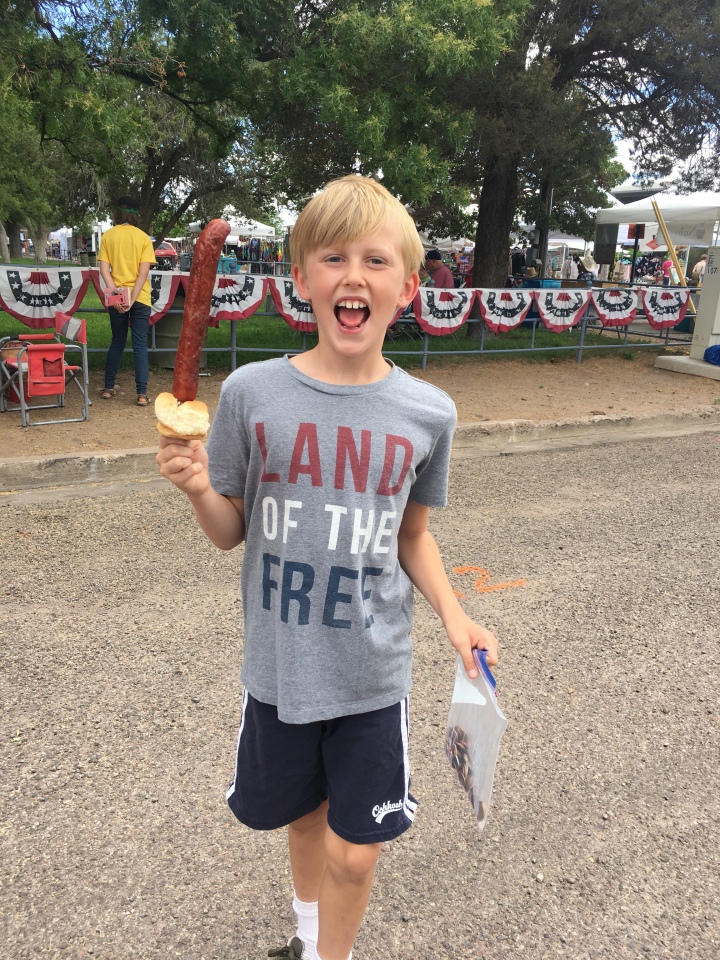 I’m very excited that our Lions Club will be working the three-day event in an effort to raise funds to replenish our treasury. This year, we’ve sent four children to the eye doctor for glasses, gave $1000 in community support to folks in need, and gave $500 to the Fort Davis Higher Education Foundation Coolest 4th Fun Run, which will be held on July 4th this year and benefits graduating seniors through scholarships.

Speaking of scholarships, in May, we awarded three Fort Davis graduates with scholarships of $2,000 each. One of the mottos of the Lions Club, internationally, is, “Where there’s a need, there’s a Lion.” Another is, “We serve.” I love being part of a Club that lives its mottos. 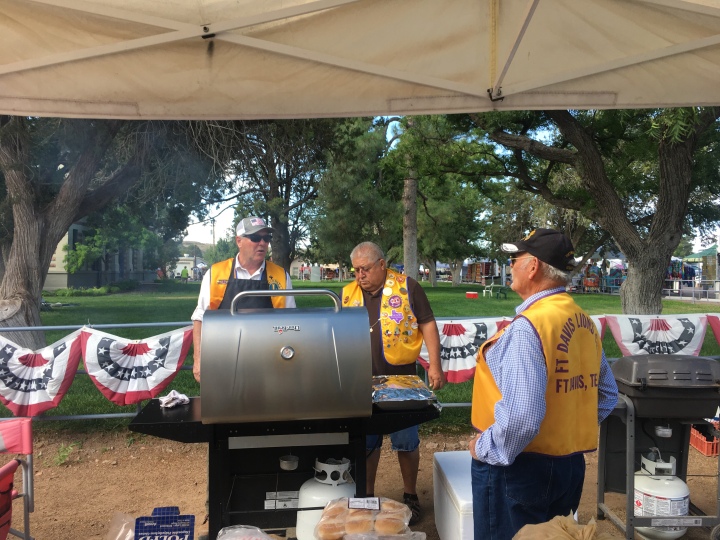 Thanks to Trae Dutchover of Porter’s, our sausages will be kept for us until we are ready to throw them on the grill and serve them at the festival.

Load up the family and head to Fort Davis to experience the Coolest 4th of July celebration. Come by the Fort Davis Lions Club booth Friday from 1-6, Saturday from 10-6 and Sunday from 10-6 (unless we’ve sold out already) and grab a sausage on a stick to support the community, because every dollar we bring in through Lions Club is given directly back to the community. For a schedule of Coolest 4th events, visit www.fortdavis.com

For more information about Opa’s Smoked Meats, visit www.opassmokedmeats.com – anything you can’t find locally, they’ll ship to you. 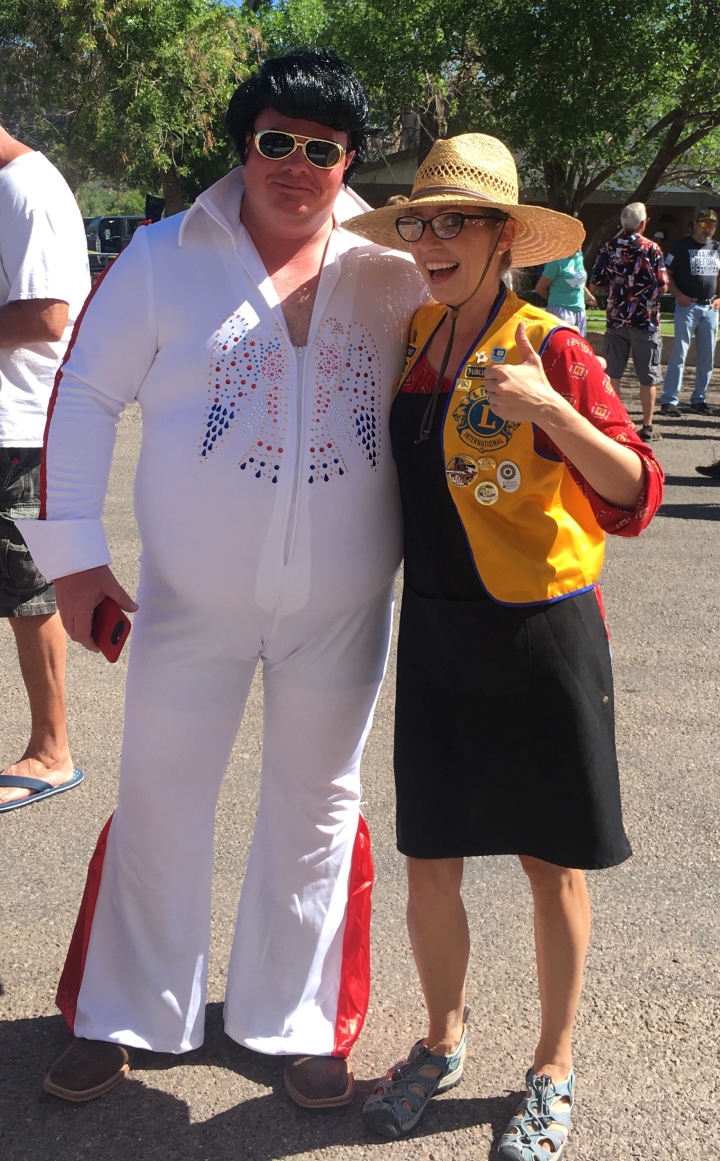 Opa’s Beer Brats
(This recipe is from the Opa’s website – “Opa’s Bratwursts are simmered in a mixture of beer, onions and seasonings, and then finished on the grill.”)

2. Combine the beer and onions in a large pot, bring to a boil. Submerge the bratwurst in the beer, add the red pepper flakes, garlic powder, salt and pepper.

4. Remove the bratwurst from the beer mixture; reduce heat to low, and continue cooking the onions.

5. Cook the bratwurst on the preheated grill, turning once, 5 to 10 minutes.

6. Serve with the beer mixture as a topping or side.