Cast iron cookware was invented centuries ago, with the first known pieces appearing in 220 A.D., in China. Fast forward to the 16th century and European cooks were using it. It’s been a staple in kitchens ever since.

I’ve been thinking lately about our move to West Texas with our little collection of cast iron cookware. Skillets of assorted sizes and shapes, comals, cornbread pans with corn shapes and just sticks, and the beloved and versatile Dutch ovens… I thought we had a lot of cast iron until I saw the massive collections of some of the folks out here. I found that I could only pack two – maybe three items – in each moving box, depending on the weight. Cast iron cookware is heavy stuff.

I was an avid user of cast iron until I started relying on an induction cooktop, and while the cast iron skillets usually worked perfectly fine with the induction cooktop, my comals often quit conducting the proper electricity to cook a batch of homemade tortillas. So, I’ve put my treasured cast iron in a safe place until I’m ready to use it again.

One person that truly knows the value of cast iron cooking is the world famous Glenn Moreland of Texas Cowboy Outfitters. Glenn and his wife Patty live in Fort Davis, where he has a blacksmith shop and builds chuck wagons. Glenn has been cooking in his chuck wagons for about 40 years, and started collecting wagons to rebuild for fun at about that time. 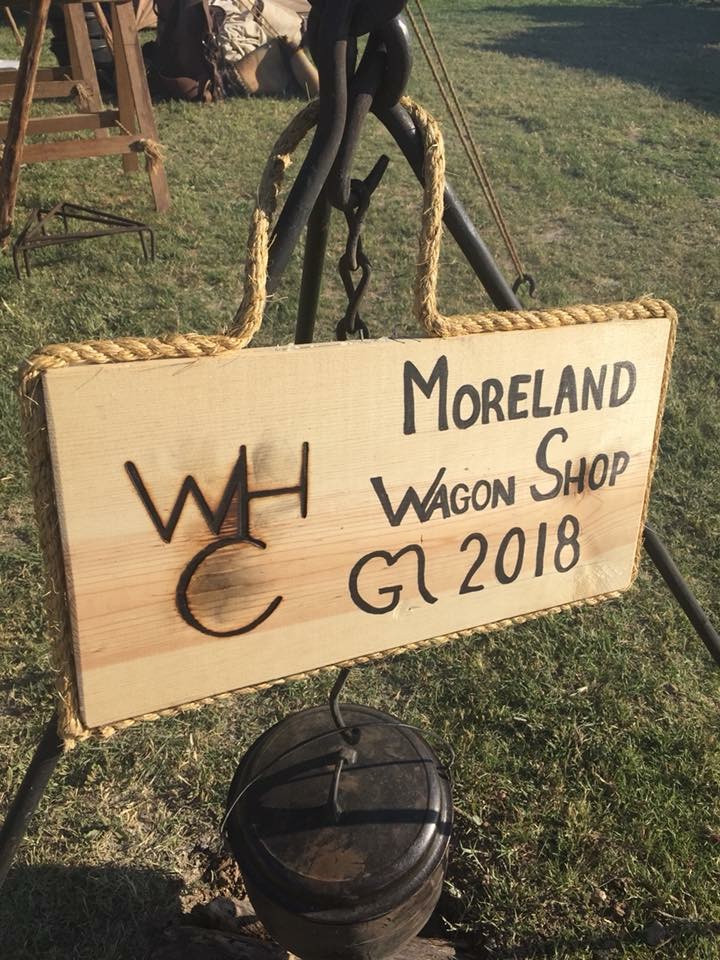 Glenn began building chuck wagons as a profession about 20 years ago when he started Texas Cowboy Outfitters. His wagons are on display throughout the country, including the one at the Museum of the Big Bend, and he built a half-stagecoach for the Overland Trail Museum in Fort Davis.

Chuck wagon competitions are serious business. Besides being judged on authenticity of the wagon and how your crew is dressed to match the era of chuck wagon cooking days, there are typically five categories of food to prepare: meat, beans, bread, dessert and potatoes, most (if not all) prepared in Dutch ovens. 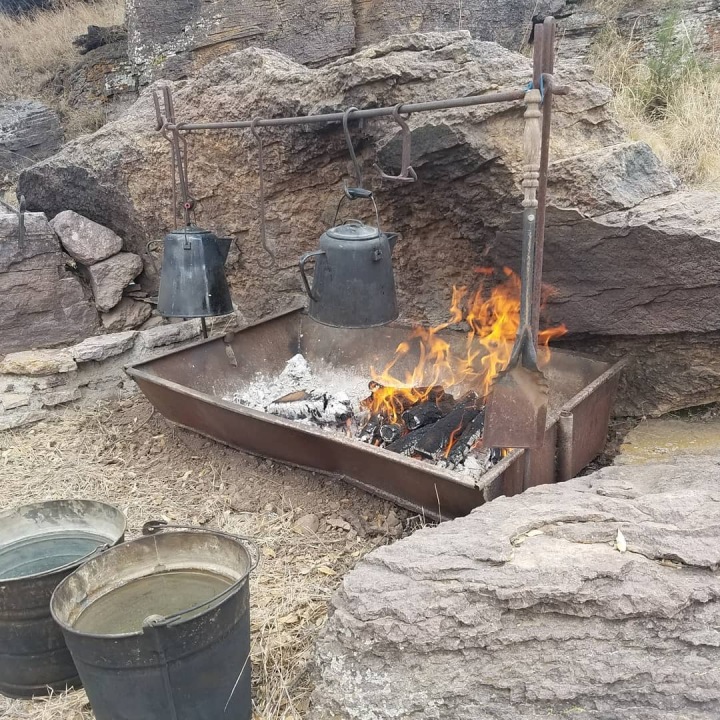 Glenn and his crew from Fort Davis and beyond have been busy lately. For competitions, they take at least nine Dutch ovens. On April 7th, the Morelands along with Janet and Scott Adams, and Kit Haddock loaded up Glenn’s Owensboro Wagon and headed to Fredericksburg for the American Chuck Wagon Association’s Championship Cook-off. They took 4th Place Overall, and 2nd Place Wagon.

April 25th, they headed to Andrews for the Wild Wild West Fest where Glenn was awarded a buckle for 1st Place Overall, as well as 1st Place Wagon with his Bain Wagon, and with team members Janet and Scott Adams, Brooke Adams and Kaprece Bedell, they cooked fried steak, potatoes, beans, bread and peach cobbler for the competition.

Glenn and Patty served Glenn’s famous Dutch oven peach cobbler and ice cream from one of his wagons at the Jeff Davis County Library’s grand opening of the Making of Lonesome Dove exhibit, on display this month.

This past weekend, they loaded up the Bain Wagon and went to the Western Heritage Classic in Abilene. They were awarded 2nd place for the wagon, and 4th place for potatoes. This event’s team was Scott Adams, Glenn and Glynda Nix and Marilee Miller. 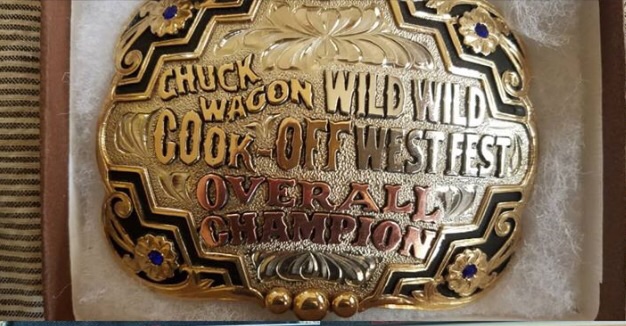 I’m feeling inspired to dust off my cast iron and get cooking with it again.

Cast Iron Skillet Peach Cobbler
(This is not Glenn’s award-winning recipe, but it is one that we can all make at home, even without a chuck wagon)
2 cups sliced peaches
½ cup sugar
¼ cup flour
½ cup unsalted butter
¾ cup all-purpose flour
¾ cup sugar
2 teaspoons baking powder
¼ teaspoon salt
¾ cup milk
Pre-heat oven to 375 degrees F.
Places sliced peaches in a large bowl. Sprinkle with ½ cup of sugar and flour. Stir to coat peaches and set aside.
In a separate bowl, combine flour, ¾ cup sugar, baking powder, salt, and milk, set aside.
Over low heat, melt butter in a cast iron skillet.
Pour the batter over the melted butter – Do not stir into the butter.
Pour the peaches over the batter – again, do not stir.
Bake for 35 to 40 minutes, until crust is light brown and puffy.
Remove from oven and allow to cool slightly before serving.
Serve warm with vanilla ice cream or fresh whipped cream.

Printed with the permission of