Nothing makes me happier than new restaurants opening in our Trans-Pecos region – especially when I hear good things about a new one – from multiple people.

In visiting with David Busey of La Azteca Jewelers, he raved about the barbecued ribs and spoke highly of the new eatery down the highway from him. We’d been hearing great things from other folks about the new spot. The other day when our Alpine errands were complete, we decided to check out the Smokehouse BBQ at the Triangle on the west end of Alpine, right by the middle school.

Owner Zak Enriquez opened Smokehouse BBQ in September 2017 after a series of fortunate events led him to his location. Before opening the Smokehouse, Zak played baseball for Sul Ross and had an opportunity to play baseball for a team in Australia… so he crossed the pond to play ball for a while, and is now back.

He’s excited to be expanding his already great selection of barbecued brisket, pulled pork, sausage, chicken and ribs in either sandwich form or as a plate, with sides of mac and cheese, potato salad, pinto beans, coleslaw or green beans. Turkey will be a new item on the menu starting this month. 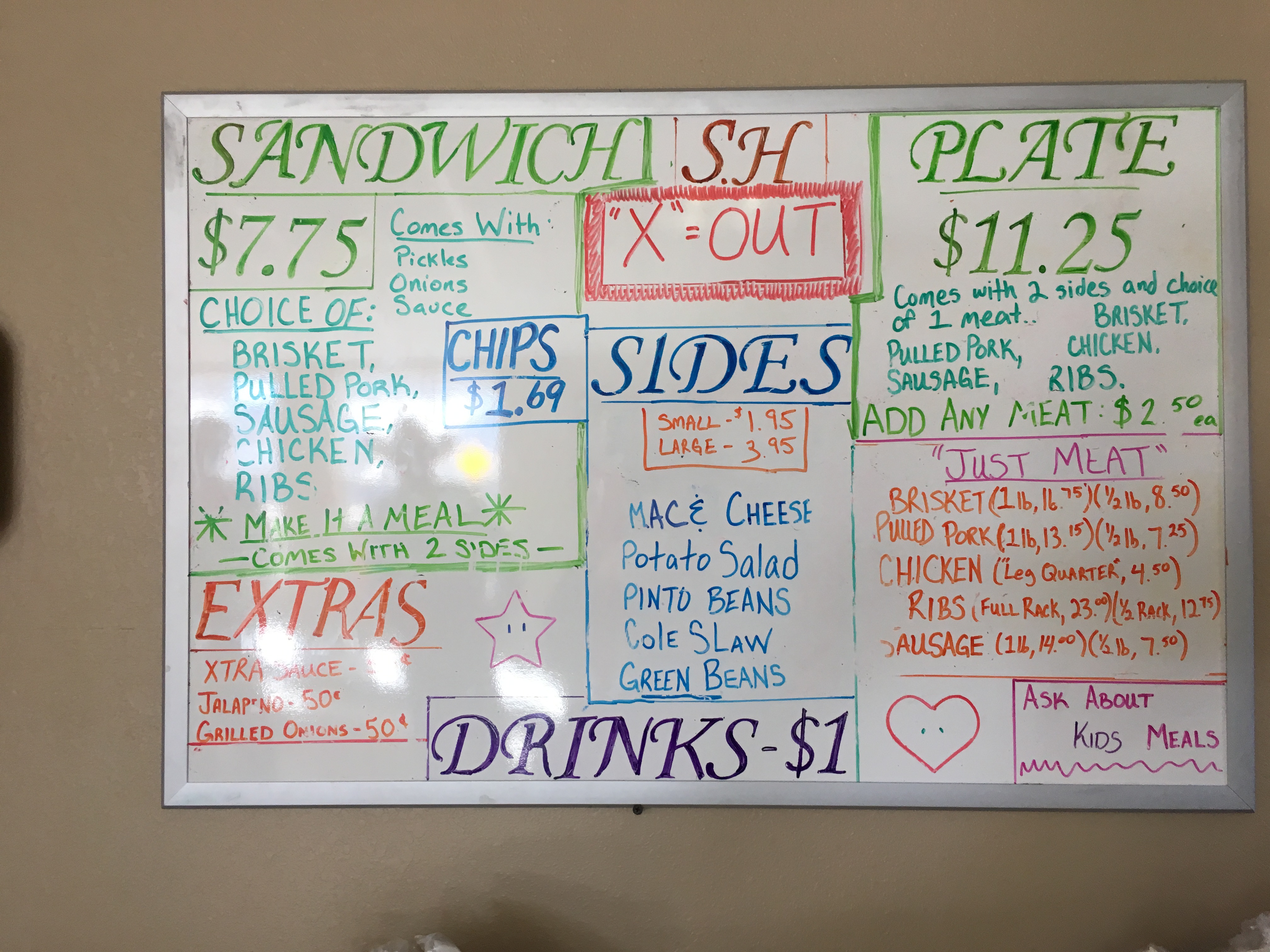 A couple Alpine fellas walked in behind us and we enjoyed visiting with them while we waited for our meals… they were regulars and taking their food to go.

The portions were so big that we each ate about half of our plates and took the rest home to eat later… I didn’t have to cook dinner that night. Score one for me.

If you ask me, Zak hit a home run with his barbecue and I look forward to trying out the turkey and the ribs next time we’re there.

Smokehouse BBQ is located in the same building as Alpine Rustic Furniture (and connected to the Triangle gas station by a rooftop) at 1500 West Highway 90 in Alpine. Closed on Wednesday, they are open for lunch Monday and Tuesday from 11:30 a.m.-3 p.m. and open Thursday through Sunday from 11:30 a.m.-3 p.m. and from 5-8 p.m. If they run out of food, they might close a little early. Call-in your order at (432)294-4091. Currently accepting cash or check only.

Combine all ingredients together and mix until well-combined and creamy. Add more mayonnaise,  mustard, salt and pepper to taste.

Published with permission of the Alpine Avalanche