Last Friday, the Fort Davis Lions Club held the Enchilada Supper fundraiser. This is our biggest fundraiser of the year. While we had a number of seasoned Enchilada Supper veterans, our brave chairperson, Lion Gwin Grimes, was leading us for the first time.

As this year’s Lions Club President, a couple weeks before the fundraiser, I started getting panicky. I’d visit Gwin at work (she’s our librarian at the Jeff Davis County Library), and she’d assure me there was no need for me to fret. Besides, we had very detailed notes that our previous chairperson Carla Kennedy created in a very clear, best practices manner.

A former restaurateur and always a chef, Gwin wasn’t worried with the To Do List in hand. After our Thursday meeting, our group prepped the chiles for the sauce. We cleaned 12 pounds of dried chiles – and considering that dried chiles each weigh about as much as a heavy feather, you can be sure that’s a lot of chiles. Boiling the red chiles and running them through the strainers had everyone taking turns to go outside and sneeze. Lion George Grubb was a chile cleaner extraordinaire. 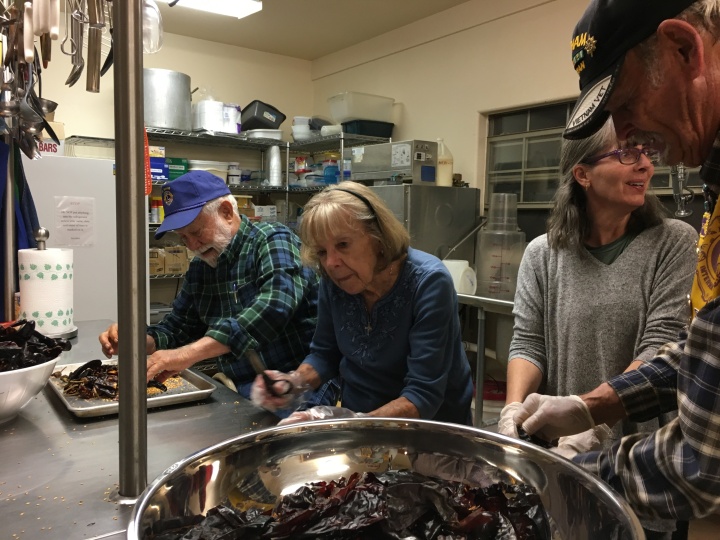 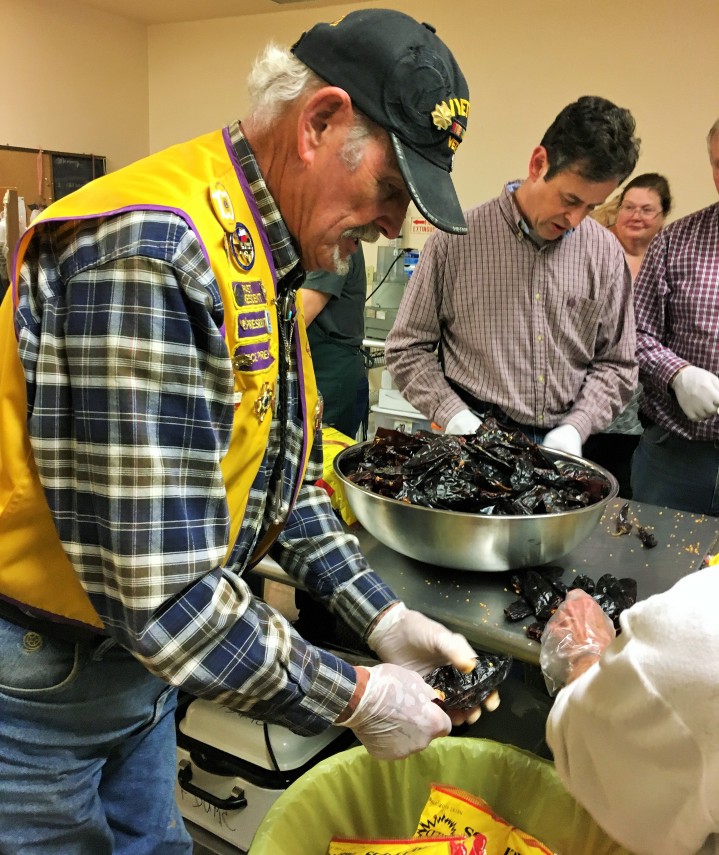 Marlen Gray made her famous salsa for every table. Jerry Springer made the big ol’ batch of beans. Ed Dutchover made the sauce, rice and assembled the enchiladas with the help of his sister Mary Lou Olivas (of Mary Lou’s Café in Fort Davis) and sister-in-law Maria Dutchover (of Poco Mexico Café in Fort Davis). Other Lions in the kitchen with various duties were Gus Billing, Stephen Cook, Alice Hack, Heather Williamson, Debbie Murphy and Carla Kennedy. 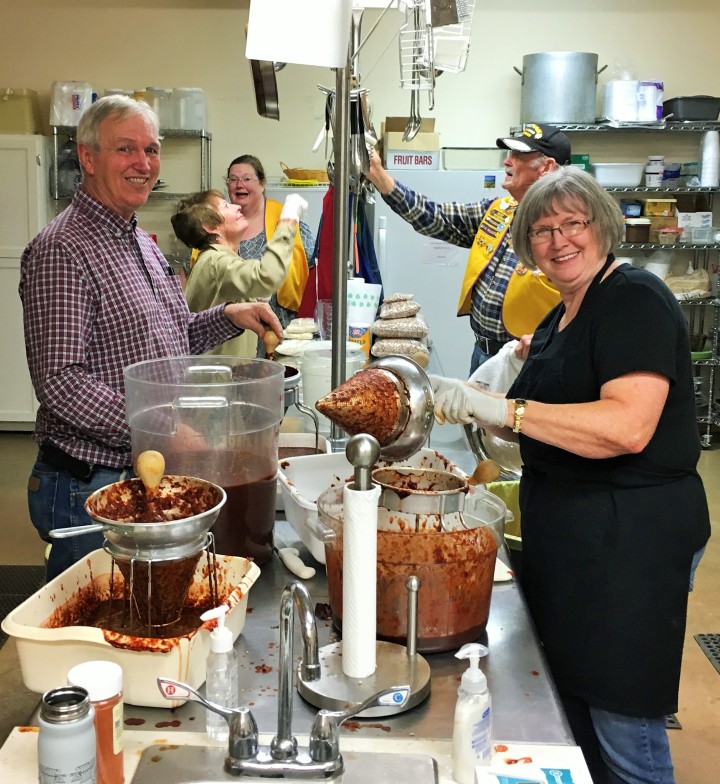 In the front of the house, Bob Gray took orders. Mr. Johns filled cups with ice and made sure we had enough iced tea and water at all times. Pamela Cook and Marlen Gray worked the dessert table. Mike Murphy got orders ready to go out to the tables. Fort Davis High School’s Lizzy Donaldson brought the PALs girls (in the Peer Assisted Leadership group) over to help run food out to tables and clear away plates. We couldn’t have done it without the PALs gals! Desserts were made by Lions and by friends that love to bake and wanted to support the event. 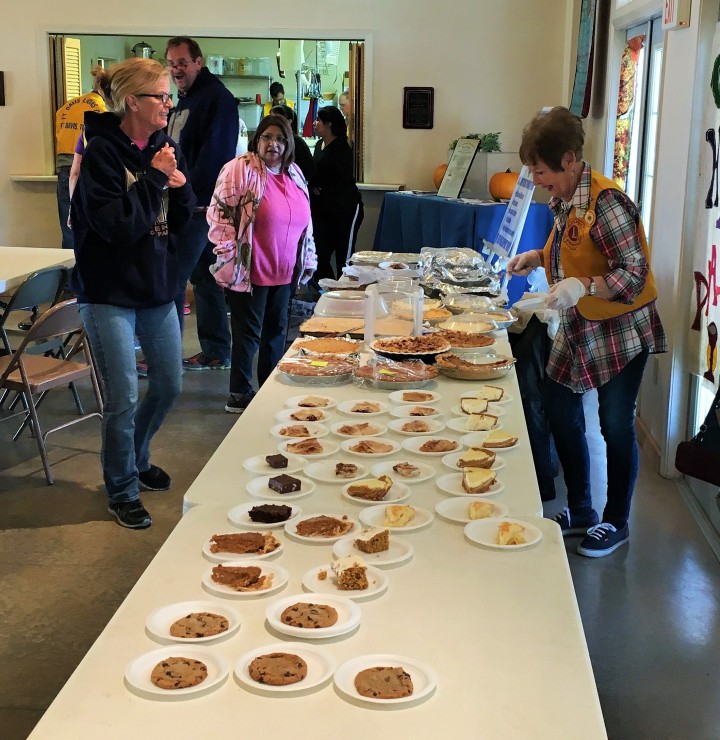 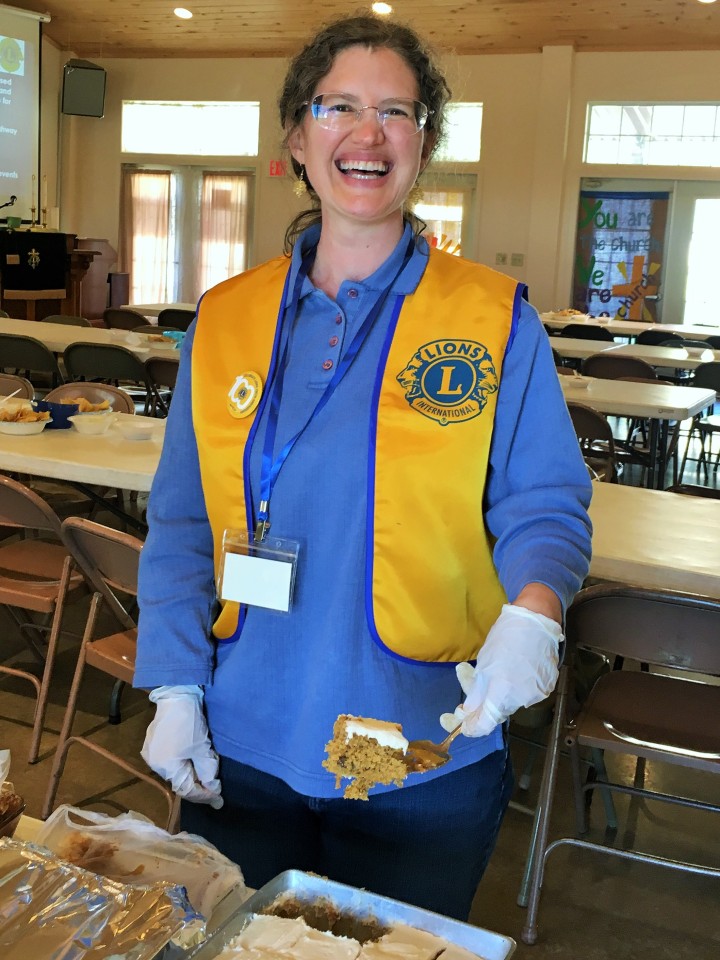 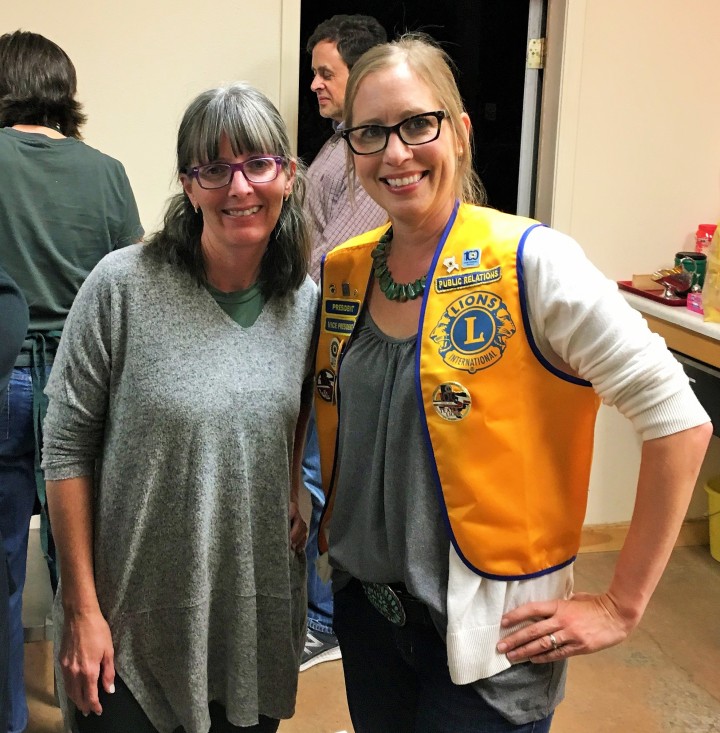 Lion Heather and yours truly…

With all of our Lions that stepped up to make this supper a success, I feel incredibly fortunate to be part of this group of caring, giving folks with hearts filled with service for our community. Our teamwork, under Gwin’s direction, made this supper for nearly 200 people move like a well-oiled machine with only a couple hiccups that probably only mattered to us behind-the-scenes people.

By 7 p.m. when our event was scheduled to end, we were out of beans and salad. Sadly, we had to turn away several customers that came in after 7, but having basically sold out of food was a terrific thing.

My heartfelt gratitude goes out to everyone that came to the Enchilada Supper and ate, worked the supper, or supported it in any way. All of the money raised by Lions in the community goes back into the community 100% in the form of high school senior scholarships, eye glasses for those in need, and community support when needed. Where there’s a need, there’s a Lion.

I could go for a stack of those Lions enchiladas right now. 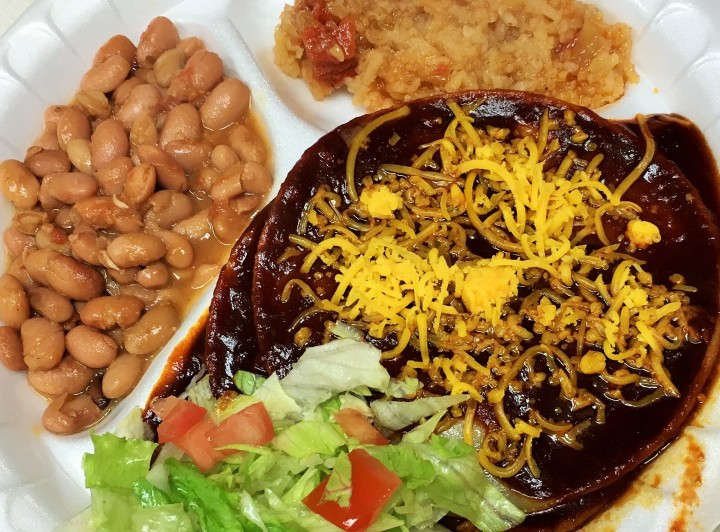 Homemade Red Chile Sauce
(this is not the Dutchover recipe – I’m not giving away their secret sauce! This is one I make regularly)

Add chiles and onion to large pasta pot and cover with water. Bring to a boil, then reduce heat, cover, and simmer for 10 minutes. Strain the chiles if desired, or reserve 2 cups of water for blending. Carefully remove chiles, galic and onion from pot and add to blender. Add remaining ingredients and blend until smooth.