(Note: this was my newspaper column this week. Newspaper readers don’t necessarily read this blog, and I’ve never spoken of our tragedy in the column before now. I also tend to not acknowledge most holidays in my column and wanted to grant some insight. I am so thankful to be able to enjoy the holidays again, although it’s a completely different thing nowadays.)

I have a confession to make. We’re friends here, and I can do that, right?

I have wanted to skip the holidays for the past six years. This is the first year that I’m actually, truly feeling the holiday spirit again.

I won’t go into great detail, but six years ago, a week before Christmas, my mother was the victim of domestic violence. We held her memorial service two days after Christmas, her favorite holiday.

Thanksgiving was her second favorite holiday because that meant she got to cook an enormous meal and bake everything she could think of since calories don’t count in Thanksgiving food. You can imagine why I’ve had struggles with anything holiday related.

We spent a week in Houston earlier this month for trial. It was highly publicized, not only in Houston, but worldwide. News crews with cameras and reporters were set up outside of the courtroom we spent the week in, but they were so respectful and kind to us, and not at all invasive as you might think.

Mom’s beautiful, smiling face with sparkling blue eyes was televised on every tv station’s morning and nightly newscast, World News, all over internet news, and even on Inside Edition. I’m thankful to have had sweet pictures of her on my phone to share with the media.

It’s taken six years, (well, five years and eleven months) to get the justice we’ve so desperately needed, her murderer spending the next 75 years in prison. And we, her family, thankfully get to breathe a sigh of bone-deep relief we haven’t had the privilege of breathing before now.

During one of my testimony days on the stand, the prosecutor asked me if my Mom taught me how to cook. I chuckled softly when I answered that no, she didn’t teach me how to cook. She tried, but I was hard-headed and wanted to be anywhere but in the kitchen, and that I regret that very much. My younger sister was a much better kitchen-student than I was.

But, thankfully, I married a man who taught me how to cook. We taught my Mom how to make homemade tortillas during one of her visits. We bought her her very own tortilla press and a bag of masa, and she went back to Houston with tortilla-making skills she’d never had before. I’m thankful it’s never too late to learn new things, especially in the kitchen.

Thanksgiving dinner in my mom’s kitchen always consisted of a big ol’ turkey she’d thaw in a bathtub for a couple days (thankfully she had two bathrooms), a big baked ham, homemade yeast rolls, mashed potatoes, green bean casserole, mixed vegetable casserole, sweet potato casserole, traditional dressing, an oyster dressing she fell in love with after discovering it years ago, a can or two of cranberry jelly, a pickle and green onion tray, giblet gravy and probably a few other things I’m forgetting… like that creamy and delicious green jello salad with pineapples in it that tastes so perfect with turkey dinner.

That’s not even getting started on the desserts. I know she was thankful to have an extra refrigerator in the garage, and thankful to not have to cook for a week, fridge filled with leftovers.

Without the ability to call my Mom to ask her advice on homemade pie crust, I was very thankful when our local library held a pie crust making class a couple years ago. In that class, I made two crusts and I know my Mom would’ve been proud that I didn’t do my usual thing and grab pre-made crusts from the grocery store. Of course, my husband is a homemade-pie-crust-maker extraordinaire. I am so thankful for that. 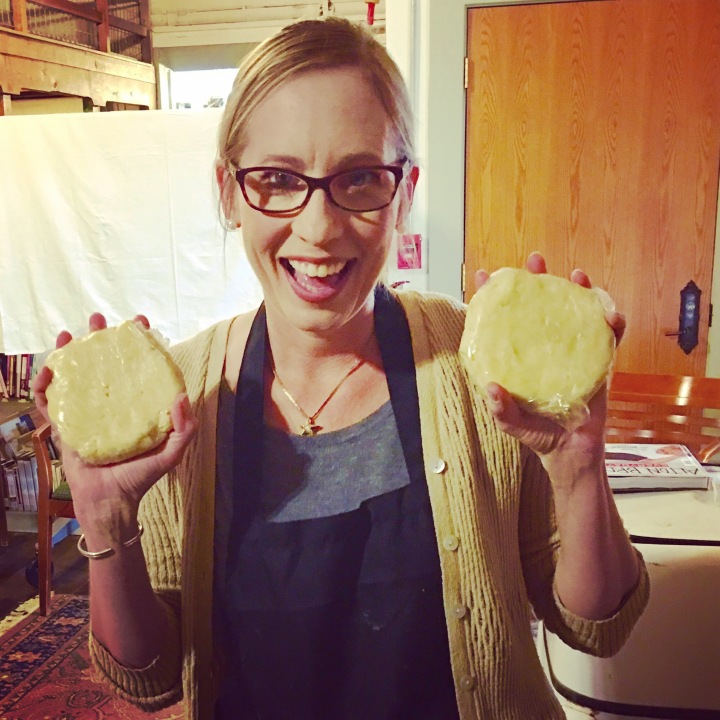 I’m very much looking forward to this holiday season, filled with family, food, friends and happy memories of times we’ve had, and those new memories we’ll make now.

Get in the kitchen with your people or even with just yourself, and try something new.

Force your hard-headed kids to help in some aspect of meal preparation, not just when it’s time to clean up after the meal.

And, hug everyone a little bit longer than you’d normally hug. You’ll be thankful you did.

In a large mixing bowl, mix together the flour, salt and sugar. Add the shortening and break it up with your hands as you start to coat it all up with the flour. Add the cold butter cubes and work it into the flour with your hands or a pastry cutter. Work it quickly, so the butter doesn’t get too soft, until the mixture is crumbly, like very coarse cornmeal. Add the ice water, a little at a time, until the mixture comes together forming a dough. Bring the dough together into a ball.

When it comes together stop working it otherwise the dough will get over-worked and tough. Divide the dough in half and flatten it slightly to form a disk shape. Wrap each disk in plastic and chill in the refrigerator for about 30 minutes. On a floured surface roll each disk out into a 10 to 11-inch circle to make a 9-inch pie. 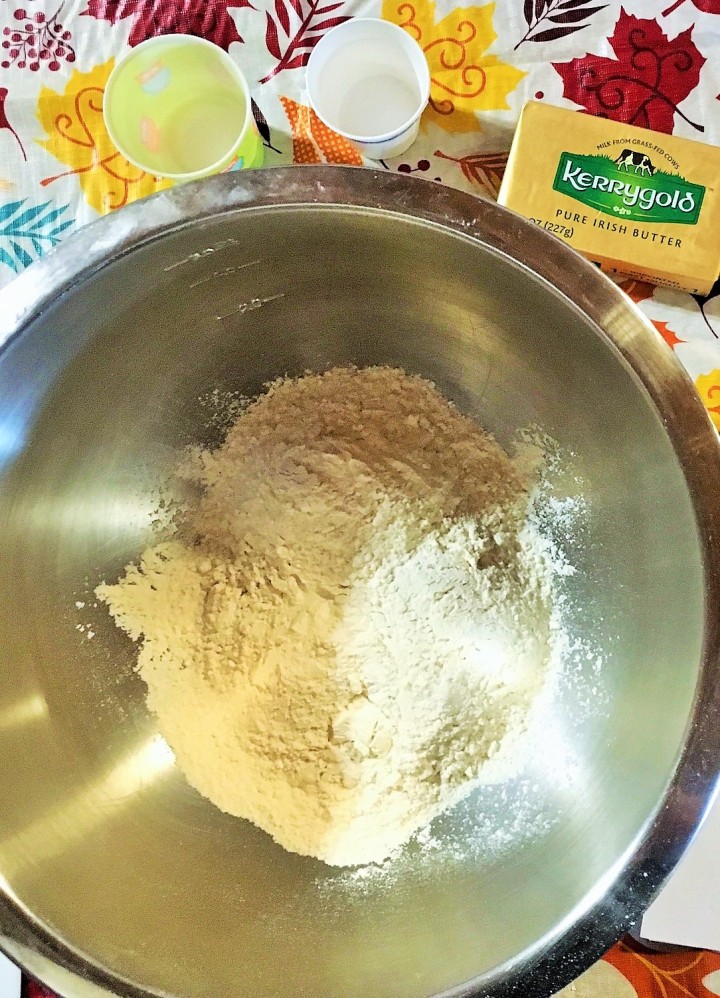 Printed with permission of the Alpine Avalanche Newspaper

5 thoughts on “Thankful for so many things this Thanksgiving, and always”